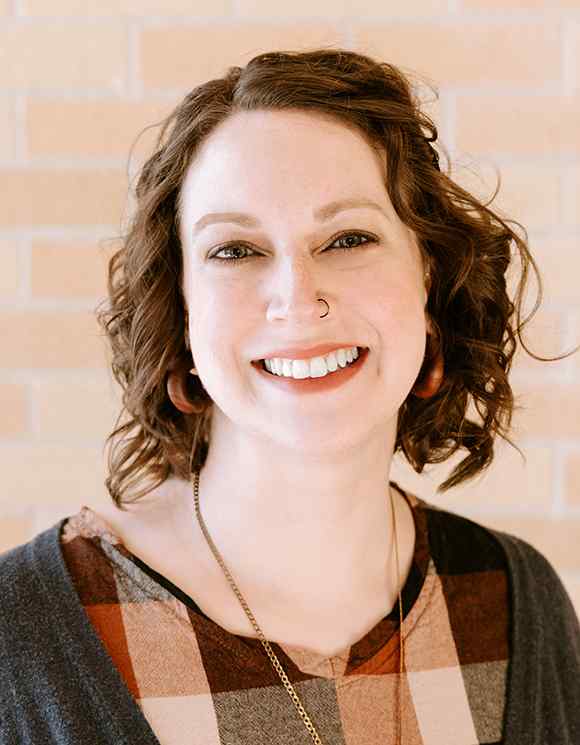 Angie Meyers began learning the violin at the age of six in a school-sponsored Suzuki program. She went on to receive a scholarship to continue studying at the Music/Arts Institute in Independence, Missouri, with Jean Dexter and Carl Cook. She spent her childhood attending Suzuki workshops, group classes, and music institutes. In high school she was a four-year member of the Missouri All-State Orchestra and the Kansas City Youth Orchestra, playing both violin and viola. In her senior year she studied with Tiberius Klausner and won the Independence Symphony Concerto Competition where she was the featured soloist with the orchestra. She also played in the Searfoss String Quartet, competing in the Fischoff National Chamber Music Competition. After receiving a scholarship, she attended the Music Conservatory at the University of Missouri- Kansas City, studying with Benny Kim. She also received a full scholarship to spend the summer at the Chautauqua Institute of Music, studying with Jacques Israelievitch. She completed her degree at Grand Valley State University, where she was the symphony principal second violinist and chamber orchestra concertmaster. More recently she played as the assistant concertmaster of the University of California-Irvine Symphony and completed her Suzuki Book 1 training at the Ottawa Suzuki Strings Institute. Music has been an enduring passion, but making personal connections and impacting her community has been the driving force for the trajectory of Meyers’ life. She loves seeing how music can change a child’s life and give them the skills and confidence to become their best selves.